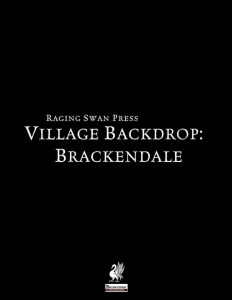 As a nice bit of service, we get a marketplace section appropriate for PFRPG, but strangely, no settlement stats.

As a whole, this is a nice offering, which is why my final verdict will be 4 stars.