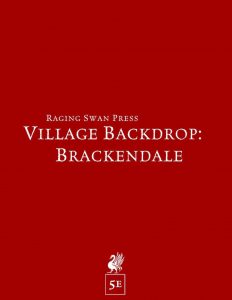 As a nice bit of service, we get a marketplace section, appropriately adjusted for 5e. It’s a minor aesthetic aspect, but I’m not a big fan of the adventurers using the default NPC stats here. Getting at least some custom features would have been nice and made them more interesting.

As a whole, this is a nice offering, which is why my final verdict will be 4 stars.