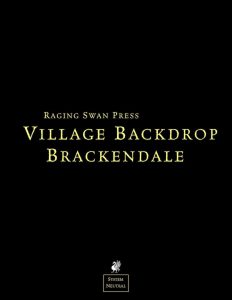 The system neutral iteration has a properly adjusted marketplace section, and the class references etc. have been adjusted to reflect the old-school nomenclature.

As a whole, this may be the most well-rounded of the 3 versions, but that doesn’t really change the overall appeal; this is a nice, if not outstanding offering, which is why my final verdict will be 4 stars.