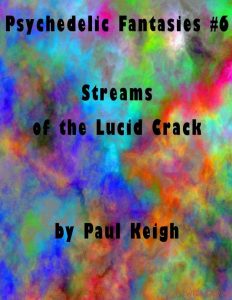 This module/setting supplement clocks in at 11 pages, so let’s take a look!

Yep, we get basically a fifth of a page editorial and the like – and then, the rest is adventure. This is a pretty minimalist approach to module presentation – two columns of black text in a white background. Headers are bolded, but the small statblocks have no internal formatting – this is as minimalist as can be. As for the rule-set, the module does not subscribe to a particular OSR-game or edition, claiming general compatibility, which means that you will have to do some tweaking to modify the module for your preferred old-school game. 60’ (20’) are the default movement rates, HD are noted, and AC is provided in the descending convention; the monsters state a single save as a static rating, and note e.g. “climbs as spider” – you get the idea.

So, this has basically only the strength of its prose to stand on, and if you want artworks and fancy layout, this may not be for you. This is also a sandbox without a clearly indicated target level, but low-level to mid-level parties should have a good time here; since this module is less about murder-hoboing everything, and more about the wonder of exploration. What’s inside is less of a straight-forward dungeon.-crawl, and could be likened more to a setting supplement depicting an environment to explore. You can, of course, attempt to purge everything with fire, but that doesn’t offer the most satisfying means of using this one. When ran as written, and if the players turn hostile towards the creatures fast, then this can be a rather tough adventure – on the plus-side, it does not feature save or die. While crippling and disfiguring can result from exploration and combat, the module, as a whole, turns out to be a pretty fair endeavor.

While there is a rudimentary map on the final page, no player-friendly version is provided. It should be noted that this location can potentially alter whole campaigns and has one property that some folks might consider to be broken in a way, so an experienced referee is most assuredly recommended.

The file includes a d6 table of suggestions where the general location, the Dell, can be found, and a d10 table of things you may have heard, there is ultimately no replacement to traveling here. This place can be called a classic sandbox – it presents a situation, and it is up to the referee and players how everything develops. No read-aloud text is provided.

There is one more thing to be noted, and that pertains the rules – there are 3 specific spells included, and they lack indicators for the classes they’re supposed to be for, suggested spell-levels and the like, potentially requiring some tweaking – probably due to the supplement not subscribing to a specific rule-set. Another structural peculiarity herein would be that there is some overlap between this adventure and “Gleams of the Livid Plaque” and “Dreams of the Lurid Sac”, not in concept, but in the stats/abilities and features exhibited by the creatures within – the Drevod are pretty much akin to the Drevok from “Gleams of the Livid Plaque”, for example – a few adjectives and minor tweaks have been employed, but as a whole, they’re very similar – not copy-pasted, but pretty darn close to it.

This may be intentional to evoke a sense of “familiar, yet different” for those who explore more than one of the author’s locations/modules – this thesis is supported by e.g. the presence of a species called “anhaldr” in the Plaque-adventure, which, while similar to the haldr featured herein, are still very much a different beast.

That being said, while there isn’t much in the means of a plot to be spoiled, encountering the strangeness herein is a significant part of the module’s appeal, so consider this to be the SPOILER-warning for potential players. From here on out, only referees should continue reading.

All right, only referees around? Great! So, the Dell has been opened to the world by a cocoon of an enigmatic being since then departed – this has opened a weird, maze-like complex – a volcanic hollow, expanded by the Builders, one of the factions herein, into a vast network if triangular cells. The builders consist of 3 species – the Haldr, the sudrik and the zdrudr; in the absence of artworks, the prose makes them feel almost hazy in their description, more like a gut-feeling of a creature, which worked, oddly, better for me than I expected it to. To give you an example of a creature description herein: “The zdrudr is a broad rippling slitherer involved in construction and maintenance. It secretes a corrosive able to dissolve rock, absorbs the resulting slurry through its skin and, when swollen, transports its load to an extrusion site where it is expelled in the form of a gel.” Yeah, this is very much a matter of taste.

Now, the cells have their own features, including magma held at bay by magics, with acrid streams limiting visibility and causing penalty-inducing coughing fits – air quality isn’t stellar here. The magma may also hold aggregates, which come with 10 special features: For example, one of them mighty contain zdrudr skins, which, when immersed in water, will form the creatures; there is a substance that may lower all ability scores, and similar weird properties may be found.

The triangular cells are actually a form of knowledge repository that instills its held information in those that explore the place for too long, knowledge is encoded in explorers – the subject is random, but have enough of tomes encoded, and your ability scores will rise. This can obviously potentially be cheesed, and probably should have further payoffs/repercussions. This property is also what makes this the hardest to run psychedelic fantasy of the author, but also the one that could easily have a global impact.

The second faction colonizing the crack would be the Seeders, which consist of two species that remotely resemble plants/insects; these are symbionts that become ever smarter due to the crack’s property – which is a risk in itself. Finally, there would be third faction, which also features two races – these would be the Risers, which emerge from the Pit: An amalgam of creatures, undead and living, somewhere in-between life and death, these things emerge from the ever growing Pit that has appeared, climbing out from protean depths.

Finally, there would be Relicts – this is the term for unwillingly isolated beings, unique entities. In case you haven’t realized by now – this means that there are 7 base species assigned to factions, and 5 less typical beings. Since all of them are somewhat abstract in their description, it can be a bit of a challenge to keep them apart, particularly in reference to each other. If the following sentence bothers you, then this might be a challenge: “The zdrudrenroamer is a hybrid of builder and relict, a glonten trapped within a zdrudr, anchored to trace particles of its source rock.”  I don’t know why, probably due to the names and their brief and pretty abstract descriptions, but when compared to the other psychedelic fantasies penned by the author, I had a much harder time differentiating between the creatures.

There are three different encounter tables provided, and tasks for one of the species of Builders and for one species of Seeder are provided as a kind of quest-hook; there are 3 spells provided for the haldr species of Builder; these allow you to e.g. radiate/absorb knowledge and reference caster levels, but fail to note, as mentioned before even a suggested magic-user or cleric level, making them of somewhat limited player use, in spite of being conceptually interesting. Here, the lack of adherence to a specific system makes balancing them very difficult for the referee.

The location comes with a couple of development suggestions and notes on the individual key-regions in the maze of the cracked context, and the pdf offers 6 different 1d10 treasure tables.

Paul Keigh’s trip into the lurid crack is at once inspiring and somewhat frustrating – on one hand, I very much love the creativity and unique angle here, and I prefer substance over style. That being said, the sheer amount of weird critters and their names may be overkill. “So, the haldr tasked us to make contact with a specific fusid, because the entity ostensibly knows where a hybrid of glonten trapped in zdrudr, a zdrudrenroamer, was seen, uncharacteristically, with a haldrevod; you know, a haldr/drevod hybrid!”  This is a very much likely scenario, and with the sheer amount of these all somewhat hazy critters, an artwork would have helped to keep them all apart. That being said, once you wrap your head around the species herein, this becomes a very unique and dynamic place to add to your campaign. Provided you want to instill some serious change, that is, for this environment can have a pretty significant impact on your game-more so than the other psychedelic fantasies the author penned. It’s, as a whole, with its subtext of memory (constant new connections, while others are swallowed) also a tad bit more abstract to run than the other two, requiring a bit more referee-mojo, but it also provides some potentially great payoff.

The rules are not as tight as they could be, but as a whole, I consider this to be an inexpensive and worthwhile locale to check out if you’re craving something strange. If you want art, layout, etc., round down from my final verdict of 3.5 stars; personally, I’ll take this sans artwork over any 08/15-complex with goblins/orcs and an ogre at the end any day of the week. However, you may not want to run this in succession with the “Dreams of the Lurid Sac”- or “Gleams of the Livid Plaque” (reviews forthcoming)-adventures that the author also penned; unless the information-angle is what you want to feature, I’d recommend these two over this module. Additionally, the new spells and the potential to cheese the location’s effects makes me round down for the purpose of this platform.

You can get this strange location/module here on OBS.