Miscellaneous Musings: EZG in the US Part III

Miscellaneous Musings: EZG in the US Part III

Part I can be found here!

So, you may have noticed that I only left Joshua Tree with the utmost hesitation…but I was soon to be rewarded in spades for leaving. We drove, ever northward, towards the next big destination – and one that obviously wouldn’t disappoint me…but for now, we instead would focus on driving, which brings me to a little tangent.

Google maps and similar navigation tools are not particularly reliable to properly estimate the sheer time it takes to cross the vastness of even just a little part of the US. Particularly to my European readers, this should be emphasized – this country is VAST. Colossal. Just driving through the endless stretches of land can be a humbling, almost spiritual experience, at least if your mind tends to gravitate towards such expressions.

Now as many of you know, I don’t have an ounce of faith in my body, but that does not mean that I cannot stand in slack-jawed, awe-stricken wonder at the sheer ravishing beauty of life…and it’s seeming lack. You see, we drove past the Mojave, and it was pretty much one of the most amazing experiences in my entire life. Deserts are weird in that I know absolutely no human being that does not have some sort of strong reaction to them. I know that some people are made anxious, depressed even, by the barren landscape, the endless infinity of dust and rock. I am not one of these people. I am pretty much the opposite. Much to the chagrin of my significant other, I basically wanted to stop ALL THE TIME. I am not kidding when I’m saying that I have about 200 MBs worth of pictures of just the endless road, the blaring desert sun, a cloudless sky and no sign of civilization or humans in sight. 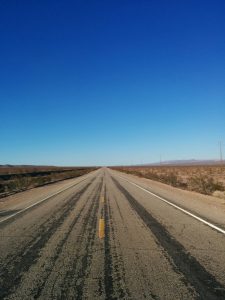 No other vehicles. No other drivers. Not even litter. Just the road, cutting through and unblemished infinity, whose very width and gigantic scope extends one’s perspective by mere looking. The starry sky, clear. The red of the sun, going down in the distance, drawing in the most vibrant reds, purples and golden on a rugged canvas. The sounds of the ample hidden critters, hiding and thriving in this gorgeously bleak desolation, that was the very epitome of experiencing being a part of a real life metaphor, whose impact is impossible to convey unless you’ve experienced it. Oh, how I just wished we had a tent and camping permission, anything to stay and breathe this dusty, dry and wonderful air, to walk longer through this place. I realized then and there that deserts, to me, have a calming, soothing effect – they are a balm to the soul, a reduction of perspective to the totality, away from the details and spinning wheels within wheels that continuously grind within my mind, even now. 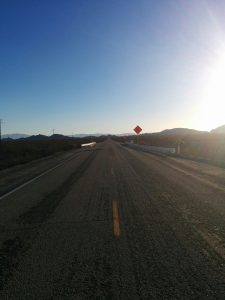 While we drove through this stretch of land, I only existed, perceived. I did not calculate or contemplate; not a single, stray though crossed my mind in an experience of tranquility and zen-like peace I have seldom known. Suffice to say, my numerous interruptions did cause us to arrive pretty late at our destination. We had an absolutely gorgeous cabin, got out, went to bed…and were promptly awoken by the lady of the house, whose claimed that our credit card was invalid. She basically almost threw us out, which was contrary to anything I had previously experienced in the US, where, until further proven guilty, the customer is king. Anyways, she took my own credit card after waking us up for a second time in the middle of the night, again with fists bumping on the door. Know what’s the best thing? She actually double-booked. I had the whole hassle of having to call them for a refund, etc. So yeah, a stark contrast to the peace and tranquility of the desert and the reason we basically decided to limit our stay there to a bare minimum, particularly in absence of a proper apology in the morning.

Still, we would not be deterred and went on our way towards, surprise, Grand Canyon. Yeah, didn’t see that one coming, huh? 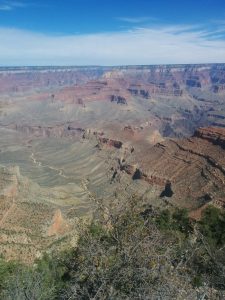 Kidding aside, the Grand Canyon is as majestic and awe-inspiring as everyone says. At the same time, all the public viewing spots were a colossal pain for me. Why? Because I dislike constant jabbering background noise when trying to appreciate the majesty of mother nature. With gritted teeth, I went with the protocol, but ultimately managed to convince my significant other to follow the tip of a local on a hike through the forest…and here, we had the best view of Grand Canyon…and without the multi-lingual squealing and constant barrage of photographs. The Grand Canyon is great, but it is my belief that you have to climb down and back up to appreciate it fully – the images of this wonder of nature have saturated our media to an extent, where at least I was somewhat desensitized towards it. However, there was one unexpected, wondrous occurrence during the hike – we walked through a patch of forest, completely turned to coal by a lightning strike and the resulting fire – black trees, coal-like; charred earth…and absolutely inspiring and creepy in all the right ways. 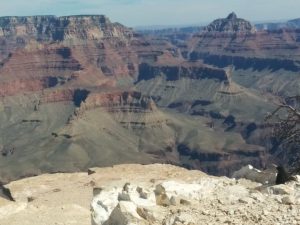 From there on out, our next destination would be Page, since we planned on seeing both Antelope Canyon and Grand Staircase Escalante, though the latter had to fall by the wayside due to budget and time-constraints. Once again, the vast panorama of the road, with its ever-changing landscapes, desert slowly giving way to prairie and vice-versa, made for the most amazing traveling motivation one can hope for. The sheer diversity is mind-boggling if you’re accustomed to the relative constancy of central European landscape – you drive for half an hour and the landscape completely shifts!  I can’t properly enunciate the wide-eyed wonder this elicited in me; go ahead, laugh. But if my wonder makes you look at this wonderful (get it…sorry, will punch myself later for that one…) land with open eyes, then I’ve done a good job.

Page…was the point where it finally sunk in that we grossly underestimated the cost of lodging in even moderately clean and safe environments. Page was horribly overpriced, not particularly aesthetically pleasing and the people there, similarly, were not the most friendly…with the exception, surprisingly, of the Navajo we met during our canyon tours on the following day: A hard and tough people, but friendly and really amazing…but then again, I may have just been lucky with our guide and the cool guys we met there. Antelope canyon, mind you, is well worth visiting – though you’ll have to wait in the desert, sans shade for a while…so bring hats and water, unless you have a desert-friendly constitution like yours truly. I found out that I don’t have issues standing in the blaring heat, clad in black, sans hat or similar protection – at least for a while. 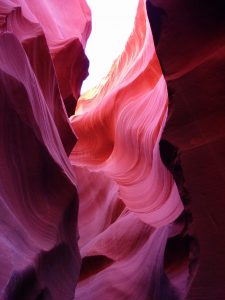 Anyways, the trek through the claustrophobic, absolutely stunning canyon was humbling – a couple of steps and the colors completely shifted. Seriously, this was a truly amazing sight to behold and well worth the wait. 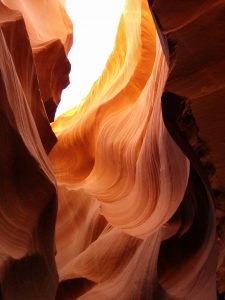 At this point, we had, as mentioned before, come to grips with Grand Staircase Escalante simply not fitting into our too tightly packed schedule and so I conceded to the request of my significant other to drive to Sedona next – where the wide vastness was replaced with lush forests, clean rivers and absolutely mind-blowing hiking trails. And superb coffee. My one regret during our brief stay here was that I did not know that I actually have some FB-friends here! Unfortunately, I only realized that after we had already left, en route towards the next wonder that the US held for us, namely the Petrified Forest… 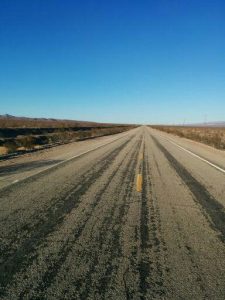 …but I’ve rambled on for long enough for now! See you next time and thanks for reading!