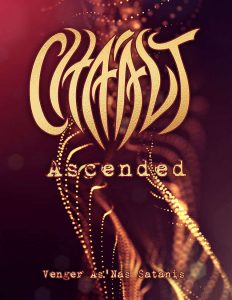 This pdf clocks in at 13 pages, 1 page front cover, 1 page ToC, 1 page editorial, leaving us with 10 pages of content, so let’s take a look!

Okay, we begin with an optional rule for sorcery: This is a variant spellcasting, where a sorcerer can cast as many spells per hour as their level without becoming fatigued, which is defined as moving at ½ speed, and rolling at disadvantage. Okay, this should account for spell-levels (since it does so for wizards); it also is conceivably much better than the wizard taking damage per spell cast. This is a bad optional rule.

The main meat of this supplement is devoted to Feat-like benefits that can be used as a guideline for special abilities gained at 5th and 10th level as per the Crimson Dragon Slayer D20 rules.

To give you an example, let’s start at the beginning: Acrobat lets you tumble in and out of an area, avoiding hazards without incurring penalties or disadvantages, and also nets you perfect balance. Okay, what about hazards that cause damage? What about hazards that cause damage, save for half damage? Could you tumble through radiation? RAW, you can.

Animal Companion nets you what it says on the tin. No stats are provided for the companion, and there is no information for what happens if the companion dies. THIS DOES NOT WORK.

Animal Rapport, on the other hand, makes animals reluctant to attack you – see, this is rules lite without relevant ambiguity.

Arcane Initiate has the following text: “Due to either innate ability or time spent among magic-users, you’re able to cast minor cantrips as a sorcerer’s apprentice.” There are no cantrips in Crimson Dragon Slayer D20. There is no “sorcerer’s apprentice” as a baseline, as classes have no titles.

Augmented Critical works – it lets you crit on a 19-20. Berserker is inconsistent with the sucky new sorcery optional rule: Sorcery specified that being fatigued and exhausted makes you move at half speed and imposes disadvantage on all rolls. Berserker causes the same condition, but fails to mention that it slows you down.

Fast Healer nets you 1d6 HP per hour, making the cleric’s infinite healing exploit per the base rules even more of an obvious oversight. Speaking of death and dying, First Responder is so badly-phrased, I have no idea what it’s supposed to do. I reread it multiple times.

“If a companion has fallen due to mortal wounds, you may stop the bleeding and keep them from death’s door. You have as many rounds to respond to the dying as your level.

As the dying gets closer to death your level allows you time to bring them back.”

The level of the responder is irrelevant per the Crimson Dragon Slayer D20 rules – if the dying target exceeds their level in negative HP, they’re dead. Does this heal the target? Do they instead use your level? No idea.

Internal balancing of the “feats” is, in case you haven’t noticed, all over the place.

“You have expertise regarding trap construction, building structures, general contracting, and safety precautions.”

Getting exploding dice on ALL damage rolls!!

(Funnily enough, this is pretty dumb, as it is better, at least more rewarding, for weapon attacks of wizards than for fighters, since they more often roll a 4 on their d4 than the fighter will get a 10 on his d10…)

“Due to all the crazy shit you’ve seen, you don’t scare easily. You’re resistant to ordinary and magical fear. Additionally, you pass sanity checks with flying colors.“

„Resistant“ is not a codified term in Crimson Dragon Slayer D20. And there are no mechanics for sanity checks…which makes this option utterly and totally USELESS.

Automatically succeeding one roll per session.

Or what about getting a last action before falling unconscious or dying? Does this happen after taking the damage, directly before it? Does it allow you to cancel the attack that would knock you out/kill you? No idea.

Does Moving Target, which nets +2 to AC, allow you to bypass the AC 20-cap of the system?

There are a couple of cool ideas here, like e.g. being a master of psychoanalysis, but most of the time when the rules become more than roleplaying-centric “GM, interpret them as you will”, they fall apart. And…you know, we don’t need a pdf for saying: “GM makes up how stuff works on the fly.”

Pyromania lets flames erupt when you cast spells – cool! “Endangered companions have advantage on the saving throws” versus these – but what is the area affected? Damage ranges from “2d6 – 6d6” – the more powerful the spell, the more potent the damage. Okay, why not use the frickin’ spell levels as damage-deducing metric? Should I guess? Can the flame-bursts be targeted? What if the caster is flying/swimming?

…yeah, the rules here need some SERIOUS reworking, even if you enjoy the rules-lite side of games. They are, at best, barely functional and sloppy.

The pdf also provides a 20-entry table for past deeds of heroism and cowardice – these are flavorful, fun, and easily the highlight of the book.

Editing and formatting is good on a formal level; on a rules-language level, this is a barely coherent, inconsistent mess that fails even the most cursory standards of rules-writing. And no, “rules lite” is no excuse; there are PLENTY of precise, rules-lite systems out there! Into the Odd, B/X, TinyD6, VsM, etc.

Layout adheres to a two-column full-color standard, and I really chuckled about a well-drawn comic of the author as a psychoanalyst diagnosing ole’ Lovecraft. That was my highlight of this book Apart from this, interior artwork is full-color and features a one-page, gorgeous cosplay photograph. The pdf has no bookmarks, but at this length, doesn’t suffer unduly due to their absence.

Venger As’Nas Satanis can do better. These “feats” for Crimson Dragon Slayer D20 are broken, badly codified, not properly balanced internally, and more often than not, simply do not work. In some instances, they reference concepts not present in the game. They do not help you judge appropriate power-levels for abilities; if anything, they make the game WORSE. A more apt name would have been “Cha’alt Descended” – I strongly suggest not using these with Cha’alt!

This is easily the worst book Venger has put out…pretty much ever. Apart from the comic-artwork, which got a chuckle out of me, and the dressing-table at the end, this has no saving graces for me. This had the chance to elevate Crimson Dragon Slayer D20, and instead, makes the system fall apart. Were it not for the table in the end, this wouldn’t even make my final verdict of 1.5 stars; however, I can’t round up. I just can’t. One table does not suffice to salvage this mess up to 2 stars.

There is one good thing about this mess of a pdf: Venger is currently revising Crimson Dragon Slayer D20. Here’s to hoping that this also means that this stain of a pdf is revised and cleaned up as well.

I’d rather suggest getting Cha’alt, though, and ignoring this pdf – the book can be found here!

If you consider my reviews to be informative, please consider leaving a donation, or joining my patreon here.