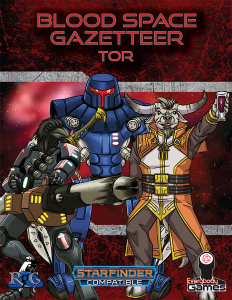 After a brief introduction to the Xa-Osoro system’s basics, we begin with Tor. To get into the spirit, I’d recommend putting on Warframe’s “We all lift together” – Tor is known as “The Anvil” in the system; its atmosphere is toxic, and its local year 400 days long; Tor is highly technological planet, dominated by vast machinery for production and the artifice of war, its vast factory cities dotting the land like molochs. When the catastrophe of the Regicide annihilated dozens of worlds and moons, including Azan, the seat of the Radiant Empire. I the aftermath Tor became a rallying point, and thus Metroheim became the Imperium’s new capital.

Tor nowadays is hopelessly overcrowded, with 1 trillion (!!) inhabitants; much like in real life, there is a huge discrepancy between the rich and poor, as trillionaires invest in essentially a cultural renaissance, while the masses exist in abject poverty in a tainted world, social change seemingly a near impossible goal. Oil-slicked equatorial seas divide the planet into two supercontinents, and while there are conservatories, these ultimately feel more like massive zoos, with even farmlands looking somewhat gray from above. A few reclamation efforts have started to be made, but whether they pay off remains to be seen.

The pdf then proceeds to fill us in on the residents: “Where humanity treads, foxes follow” rings true – kitsune and humans are numerous here, and have been subjected to rather brutal forms of persecution. I mean it. Since the end of the Nova Age, the lot of kitsune has improved, thankfully, and a proper Kitsune Rights Act helped them gain a better footing. Tor also sports a massive amount of dwarves and liberated mechanoi and nuar are also quite numerous here.

The pdf also provides full poison effects for the atmosphere, which is (funnily enough), called Imperial Air, calling back to the old medieval notion of cities stinking. That being said, life on Tor is not exactly simple for most of the inhabitants; beyond pollution and poverty, the Radiant Imperium’s heavily-armed bureaucracy has actually survived the Regicide, with Martial Law the rule, rather than the exception. Local delicacies include the laser-roasted smog-bat, to give you a good idea. Off-worlders should probably refrain from eating those…

Beyond bureaucracy, gang-culture is ever-present, ranging from the street-level to the elite clubs at the apex of the corporate ladders, and a general tendency to settle disputes yourself, on the streets; in many ways, the picture painted here is that of a dystopian place that is closer to the aesthetics of many Cyberpunk games than I expected to find here.

The Mega-city of Hyperborza has developed essentially hyperspace-using Futurama-tubes, which is a pretty damn cool idea. Ivantis is the sole mega-city that was constructed in the middle of the ocean, using powerful force-fields to hold the water at bay; as a result, gravity and geothermic vents generate all electricity, which makes the place not exactly one where you go for a job. Karkaghov has another focus: This city is essentially the planet’s brain, with plentiful universities, academies, etc. – and here, hope is real, as the best minds seek to find ways to deal with Tor’s issues. Mount Lumia, Tor’s northernmost city, is the least tainted one, and focuses on environmental engineering in the more pristine cold. I’ve already mentioned Metroheim, but it gets a write-up here as well. Relatively young would be the mega-city of New Citadel, founded by dwarves, and unsurprisingly, focusing on luxury produces…

Beneath the surface of Tor, primal life slumbers in the Greenscars – and those that disturb it face the wrath of plant creatures, fungi and fey alike, but each also contains massive power – mayhaps enough to return the planet to a less tainted state and exterminate civilization… of course, the Imperial War College is depicted herein as well, and we learn about the Labyrinths, the vast underground urban mazes that form the roots of the mega-cities. Zone ZE-43, an urban wasteland, houses a truly nasty mega-city. Steelglade, which is essentially a ginormous prison city that is somewhat between prison, anarchy and corporate serfdom.

The sole lunar body of Tor, Tenguholme, is a stark contrast to Tor: Lush, lively, and as habitable as Azan once was; it was considered, of course, but a rare compound in the air generates a strange dizziness and nausea that few can stomach. Drops can counteract the reaction causing this, but also has a habit of making the ears kinda…green. And yes, the pdf explains why and how, and we get proper stats for this unique environmental hazard. Anyhow, it’s called “tenguholme” nowadays due to the exodus of Tengu under the lead of legendary Imijol. We here learn of two metropolises, as well as of a massive skeleton unclaimed by the desert sands, a mysterious cathedral that attracts conspiracy theorists…and there is Pezroh’s Peak. The otherwise pretty deadly megafauna of the planet is super-cute here: 1/256 the usual size. Who’s a good mega-raptor? Anyhow, you do not want to stay here too long – it’s 48 hours, and then you’re gone. Where to? Why? Only you can answer…If you really want to see megafauna in proper sizes…go to the Romping lands. Just don’t say I didn’t warn you, okay? Did I mention the ostensibly cursed city at the bottom of the Sea, the one that the former, mysterious inhabitants of the world left behind?

Editing and formatting are very good on a formal and rules-language level. Layout adheres to the series’ two-column full-color standard, with neat full-color artworks included. The pdf comes bookmarked for your convenience, with a bookmark for the start and for the end of the pdf – rudimentary, but okay at this length.

The collaboration of Alexander Augunas and Matt Banach has yielded interesting and very different fruits this time around; whereas the gazetteer on Ulo focused on pure wonder and majesty as leitmotifs, this one has a scifi-super-industrialization-sprawl-angle. Tor is a volatile place, and one that is pretty grim in comparison with the material provided for Ulo; the contrast of such dark corners with the generally optimistic vision of the Xa-Osoro system has always been an interesting factor, though, as a person, I’ll freely admit to me being slightly less enthused about Tor’s dark angle than I was about Ulo. Perhaps that’s me, but Tor struck a bit too close to home for me, with its brutal class-divide and pollution issues. That being said, Tenguholme really inspired me! As a whole, I consider this to be a fun sourcebook, well worth checking out. My final verdict will clock in at 5 stars.

At this moment, the Advanced Occult Guide, a huge book of Starfinder goodness, is being crowdfunded on kickstarter – the book promises to be a milestone, but needs your help to fund. Please take a look at the KS here if you enjoy Starfinder!

Alexander Augunas is working on his own RPG, Eversaga – you can support it here on patreon!

If you’re enjoying my reviews, consider me to be helpful, please consider leaving a donation, or joining my patreon here! Thank you!