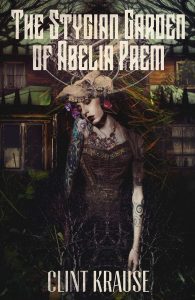 We begin this module with a brief author’s commentary before getting into the nit and grit of things. This module is intended for 4 – 5 level 1 – 2 characters, and the rules employed are LotFP (Lamentations of the Flame Princess) and may be easily adapted to other OSR-games. My review is based on both the PoD softcover and the pdf-version. Monsters note HD and HP as well, and come with move rates and ascending AC, in case you were wondering.

So, first thing first – that lady on the cover has nothing, AT ALL, to do with the content. Nothing. Structurally, this is basically a mansion-crawl that encompasses a quasi-Victorian mansion and the accompanying mansion grounds. The mansion has glass windows, and the story does assume some things that particularly picky history-buffs may consider to be a violation of the assumed early modern period quasi-historic setting of LotFP. It also mentions dwarves. Most folks won’t mind, though. The manor grounds come with a rather amazing isometric map by none other than Todd Gamble, meaning that it’s beautiful; a player-friendly version of this map is provided as well, which is a nice plus. A downside of this map? It renders the entirety of the manor grounds opaque, as it lacks a scale or grid or any other means to discern how far the respective areas are situated from one another. The map of the manor itself is top-down, less impressive, and puzzlingly lacks a player-friendly map sans labels.

The module sports 12 rumors, and the respective areas come with random encounters – d6 for the first two rough areas, d4 for the final one. A pet-peeve of mine: One of the creatures that can be encountered is a small serpent that has a bite that translates to save-or-die. This may be me, but I think save-or-die should be earned, the consequence of player actions, not the consequence of a random encounter.

Another thing you need to know: This is, in spite of what the title implies, NOT a horror module. Indeed, I wouldn’t even classify it as dark fantasy. This is not to say that it’s not deadly, but it never, at no point in time, is creepy. A theme of decay suffuses the book, but that’s about it in that regard. The respective rooms do not get read-aloud text.

As far as organization is concerned, it’s a bit weird that we first get the mansion descriptions, then those for the manor grounds, and then the ones for the stygian garden – mansion grounds, manor, garden would have made more sense, sequence-wise.

Abelia Prem was a peculiar woman of a scholastic bent, not interested in the trappings of marriage and child-raising, and more intrigued by honing her mind, hosting extravagant salon parties for the local who’s who, with a specific interest in the legendary eponymous Stygian Rose, a black plant that ostensibly grows on the banks of the river Styx, capable of reviving the dead. Her fortune squandered on research, she died, and her ghost ostensibly haunts the manor. In practice, this haunting is reduced to a soft humming in the background. That’s creepy once, but otherwise, the angle is not developed.

The manor grounds include a creeper that attempts to strangle you. Which translates to damage and no increased chances to surprise the players. The monsters also include stone archer cherubs (and later a kind of mini-boss statue that can birth a limited amount of them) and buzzard dandys! Yep, you read right! What do they do? Which powers do they have? They attack and have sucky morale. That’s it. I wish I was kidding. You have a concept as cool as buzzard dandies…and do nothing with it. There is a gargoyle with a devastating breath weapon (2d10!), and other encounters feature a fleeing hobo and a wild goat.

This, unfortunately, is a running theme for the module. There’s a pool with bright green water. Due to harmless algae. There’s a big toad. An insane and trapped fairy, and an oak that houses a spirit the PCs can potentially converse with. None of these things matter in any shape way or form. There is one thing that is cool about this book: The 12 different unusual plants herein are interesting: Super cannabis, a poison that only affects unmarried women (maidensbane…odd…I’d have expected that to tie in with virginity rather than matrimony, but yeah); there is the Love-me-not plant that fortifies against amorous emotions and advances (which is an interesting concept to explore), a rose that can petrify those pricking their fingers, etc. These plants do come with proper values and quick and dirty rules to grow them. The two pages featuring these are definitely the highlight of this book. The mansion hides a tunnel dug by dwarves, remains of an accident there, and a subterranean river that may or may not be Styx. There may or may not be a rose. It’s up to the referee.

Editing and formatting are very good on a formal and rules-language level, and the book’s layout adheres to a two-column b/w-standard. The module sports nice b/w-artwork (original pieces), and cartography, as noted before, is inconsistent: The mansion grounds are beautiful and come with a player-friendly version, but lack a scale; the mansion gets a less impressive, functional map, but lacks a player-friendly version. The pdf sports a grand total of 3 bookmarks, which don’t really help navigating this – I recommend the PoD over the electronic version.

I am pretty puzzled by this module. Why? Because Clint Krause usually does better. There is something almost aggressively disappointing about this adventure. It almost feels like this is by intent, but if so, it doesn’t fulfill that promise. There are weird things, a purely cosmetic ghost, fey and hostile plants, sure, but they never gel together, always feel like they’ve been put there without much agenda or thematic consistency. The module touches upon fey, upon a ghost, upon plant monsters…but these never establish a leitmotif, a sense of identity. Paradoxically for the botanic theme, this module felt, to me, sterile. This extends to the chance of the finale being optionally a “tough luck” disappointment. And this is, in a way, a pity. You see, this module feels like it could have been a masterpiece. If the plants had actually been required for puzzles, etc., or had offered immediate usefulness in the module, if there had been a sense of cohesion in the enemies, this could have been cool. The ghost angle could have made this a somber, low-key experience that could have perfectly hit the small notes of sadness, tragedy and loss. It could have been an amazing tragedy, a great gothic yarn. But as written, this feels like it only developed its concepts half-way and lost interest in them, leaving us with a module that feels painfully disparate and unfocused. As noted, the author usually does much better.

This may sound devastating, and yeah, it kinda is, but this module does have nice production values, and it’s not a cash-grab; it feels like an orphaned module, but it’s not actively loathsome or bad. I can see groups enjoying this…but if you want my honest opinion: Skip this, and if you want to support Red Moon Medicine Show, instead get Vacant Ritual Assembly #6. The Rootmire crawl included in that installment is vastly superior to this adventure in each and every way.

Final verdict…well. I had forgotten all about this module, something that usually never happens to me. I had to reread this, and frankly, I wouldn’t buy this again. As a person, this is a 2-star file for me; as a reviewer, though, I can see this work for some groups, which is why my final verdict will be 2.5 stars, but I can’t bring myself to doing anything but rounding down – I just can’t find a reason to get this over e.g. the Rootmire crawl from Vacant Ritual Assembly #6.

You can get this mansion-crawl here on OBS.

You can get the vastly superior mansion-crawl from Vacant Ritual Assembly #6 here on OBS!