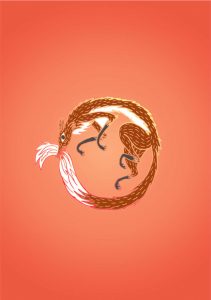 This expansion of the Wonder & Wickedness-system of level-less spellcasting clocks in at 32 pages, 1 page foreword/ToC, 1 page introduction, 1 page colophon, leaving us with 29 pages of content, laid out in 6’’ by 9’’ (A5); the front cover is included as a jpg, in case you were wondering.

In this review, I assume familiarity with Wonder & Wickedness, and will not explains the whole system once more. I strongly suggest reading my review of Wonder & Wickedness before continuing. Why? Well, while I criticize sub-systems on their own merits and in a global context of their systems, it makes less sense to criticize an expansion for a sub-system for duplicating flaws of the base system.  I rate expansions within the frame of the system in which they operate.

For Wonder & Wickedness-derived books like this, that means that will not complain about ranges and areas of effect being opaque and not clearly defined.

Okay, that out of the way, let us take a look at the new proposed variant rules/modifications for Wonder & Wickedness. The first being spontaneous sorcery, which posits that a sorcerer has 1 mana per level, optionally with Wisdom or Charisma modifier added to that pool. Mana recovers every day – which could be a bit clearer: At one time during the day, or after a rest? This may sound like nitpicking, but the results are very different in implications. Mana-based spellcasting lets the sorcerer cast a spell by using one mana and one round of casting. Yes, that’s full round here. Personally, I’m somewhat partial to increment-casting, so an alternate rules in that regard would have been cool. Spells requiring a sigil still take a turn. Sigils are still considered to be permanent, but each sorcerer may only have one sigil per spell.

Which brings me to sigils and magic item creation, for the book posits formulae for costs by day, or depending on the enchanter’s stats, as well as ingredients. These suggestions are per se pretty sound, and fit with the general tone Wonder & Wickedness goes for.

The book also presents rules for empowering items, which require the expenditure of a mana point or memorized spell to power. The book also posits the optional rule to allow non-sorcerers to choose one specialty and learn a single spell from it, but casting the spell for them requires an Intelligence roll – obviously, a roll-under is intended here, but spelling that out or getting some alternatives would have been nice.

There is one rule I absolutely adore herein, where the utility is obviously grand for pretty much any implementation of Wodner & Wickedness: Instead of getting directly a spell catastrophe upon overcastting, the book suggests two saving throws: The first lest you cast the spell, with you otherwise suffering your maleficence, the second to avoid a spell catastrophe, or, if playing sans them, to avoid collapsing senseless for 1d6 turns. I LOVE this rule. It’s elegant, keeps magic volatile, but decreases the frequency of the powerful catastrophes without rendering them obsolete. Huge kudos for this one! The book then proceeds to present comprehensive spell-lists, including the specialties from Wonder & Wickedness, and then presents 6 different starting packages per specialty.

What can I say, you can see some of the finest minds of the OSR-scene at work here. As a diabolist, you can start with a disguise-as-acceptable-cleric-type kit, or you could have a black goat that whispers during new moon. Or you could have a plague doctor mask vs. miasma. If you’re an elementalist, you could start off with a functional dowsing rod – or you could have 3 puppies “perfect to please curmudgeon chtonic[sic!] spirits or at least placate their crotchetiness.” Psychomancy specialists could start off with Dreamy Blue, a vision-granting cheese (probably from Stilton), or what about spiritualists with a bottle of spirits. You know, spirits. XD What’s in the bottle? Spirits. +opens it* Ahhhh!!! The spirits are btw. drunken. Obviously. 6 such starter packages are provided for each specialty, including the 5 new ones.

The first of these would be Apotropaism, which is the grand defensive option: Amulet of the Open Hand lets you give an amulet to a target, who then gets a retroactive bonus to the first failed save vs. magic made. Deliver from Malison lets you break curses via questing/story-means; Heka-Mirror lets you revert maleficences and spells upon the caster, though two facing each other can have catastrophic consequences. With two seal spells allowing for the creation of barriers or entrapment of targets – and there is a Scapegoat spell that does exactly what you’d think it does. That’s not all, but it should be enough to give you an idea of why I consider this specialty to be a resounding success.

The second specialty is more conventional: Arachnomorphism is, unsurprisingly, about spider-themed tricks, which include charming spiders, assuming an Arachnid Aspect, summoning swarms and webs , or getting Venomous Fangs. This specialty is a bit boring, with two winners elevating it: Silky Spinnerets net you essentially Spiderman’s web-flinging/swinging, and Tarantella is the most pun-tastic spell I’ve seen in a why. “The caster dances frantically as though “effected”[sic!] by the venom of the Trantella spider.” XD This brings me to one aspect of the pdf that needs to be mentioned: There are A LOT of editing glitches in it. Not ones that break material on a rules-level, but plenty of small hiccups that do accumulate, and that grow in frequency towards the latter half of the book.

Physiurgy is the healing specialty, and it’s interesting in several ways: In a level-less spellcasting system, differentiating between spells is hard, and many of the spells of this specialty provide different amounts of healing. Cure, for example, nets you 1d6 + 1 hits per level. Okay, level of caster, or of recipient? I assume the former, but I’m not sure. Cure also cures a diseases, provided the caster succeeds a Save or Healing check. Salvific Apport nets you balsamic, white goo that heals 3d6 hits if spread on wounds, or that can be swallowed to cure a poison. Last Oath provides AoE-healing in a short radius, but makes the caster take temporary damage for each ally affected. There even is a “return the dead to life”-spell with Death Unto Life, which is balanced by requiring two saves: Failing the first nets you 1d6 days of coma; failing the second makes you unable to cast spells for a week. Failing both kills you. Those returned are also bedridden at first, so no in-combat spamming. I like this specialty from a design-perspective – it manages to attain a surprising diversity of options with its simple chassis.

However, the best, or at least some of the best, come last here: The penultimate specialty would be Cunning Craft, which is inspired by Scottish/Celtic folklore, with Blackstaff weapons, shelters hidden in Bramble Burrows, the Seven Steeped Stones  as a means to heal, make magic sling stones, or an extra save versus curses or diseases. I love the latter, but it’s a ritual that takes time, and the healing function, for example, it much worse than the tricks Physiurgy has; this could sue a power-upgrade. I really liked the idea of the Tune of Yondkind, which detects presences and their origins, but not necessarily positions. Using a severed head of a slain target as a kind of alarm/sentry is nice, and with classics like Geas, Witchmarks securing thresholds and the like, the specialty oozes a cool, folksy old-world magic vibe.

Finally, there would be… Rope Tricks! These allow you to create a Tangle that hampers spellcasting, makes charging impossible, etc., or use Shuffle the Mortal Coil to make ropes behave as constricting serpents. If you’re lucky (5% chance), you may even get a deadly rope that requires a save or die! The spell can also be used to turn serpents into ropes, which can result in permanently-spliced-together abominations. Using a rope as a hand via Rope is Always Handy s also neat, but particularly cool would be the Cat’s Cradle tricks: These require complicated figure work from the caster and thus take time. However, once you have created the Opening form (of which there are 4), you can use the spell to change into various effects, which include opening nearby doors, setting nearby things on fire, causing low-level foes to flee, or making rope animals to ride. I love this.

And that is, unfortunately, where the book ends. Notice a curious absence? Yep, the remarkably well-designed spell-catastrophes that helped make Wonder & Wickedness feel so volatile and dangerous, yet fair…are completely absent from this expansion. None of the new specialties get their own spell catastrophes, which was a huge bummer to me.

Editing and formatting are pretty good on a rules-language level, with few ambiguities; on a formal level, the same can’t be said: There are quite a few typos, which is a pity, for even though some of the authors are no native speakers, they obviously have an impressive command of the English language, one that surpasses many native speakers’ abilities. Layout adheres to the same no-frills, but elegant one-column b/w-standard used for Wonder & Wickedness. The pdf has no interior artwork, but I didn’t mind – as you know, I prefer substance over style any day of the week. That being said, I was somewhat irked by the pdf-version lacking any bookmarks, which makes navigation annoying at best. The pdf should have bookmarks. I can’t comment on the print version, since I do not yet own it.

Paolo Greco has a tendency to make unique books that feel special in some way, and the additional content by Lloyd Neill, Luka Rejec and Eric Nieudan fits pretty seamlessly into the book. And yet, Marvels & Malisons left me more ambivalent than I wanted to be about it. On one hand, we have some pretty awesome variant rules, on the other hand, there are a few aspects that could be rephrased to make them slightly clearer. On the one hand, we have the AMAZING, inspiring starting packages that breathe the spirit of the system, that ooze flavor – and on the other hand, we have the missing spell catastrophe effects for the new, and for the most part, impressive, specialties.

To put that in perspective: I genuinely love a LOT about this book; I consider most specialties herein to be more inspiring than many from Wonder & Wickedness. But the editing hiccups, lack of bookmarks and lack of new spell catastrophes also represent significant strikes against this pdf, which would usually suffice to reduce this to a 3-star verdict, when much of its content would have deserved a seal of approval. That being said, I can’t award my seal for it, but neither can I justify relegating this, rating-wise, to the realms of mediocrity. My final verdict for it will be 4 stars, as the highlights shine brightly indeed, and are inspiring, though the blemishes this has do prevent me from rating it higher. If you like weird magic and Wonder & Wickedness, consider this to be a wholehearted recommendation, though.

You can get this expansion for Wonder & Wickedness here on OBS!

Missed Wonder & Wickedness? You can find it here!