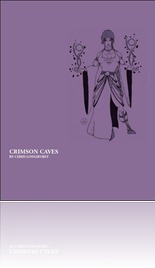 This pdf from Purple Duck Gamesis 34 pages long, 1 page front cover, 1 page editorial, 3 pages of SRD and 1 page advertisement, leaving us with a total of 28 pages of content, so let’s check this out!

This being an adventure-review, the following text contains SPOILERS. Potential players should jump to the conclusion.

All right, still here? The module is essentially a straight-forward dungeon-exploration that pits neophyte adventurers through the trials of hematite-studded caves inhabited by a local goblin threat and it starts off with a simple goblin-cleaning exercise, but turns harder fast – it turns out that the middle levels are inhabited by hobgoblins – who belong to the vanquished army of the aging hobgoblin warlord Bargra – highlights here contain a swarm of deadly animated cutlery, an alchemist’s lab that may see the PCs blow themselves up, the square-down with the magus Bargra and a potential for negotiation with a Barghest.

The third and final level sees the dungeon turn deadly – here, the ancient, 4-armed Mudra have turned into skeletons and A LOT of them await – hopefully the PCs act smart here. The secret boss, though, would be a unique quicksilver skeletal champion barbarian that makes for a deadly foe indeed, but also guards the legendary blade Mercurial, an intelligent, mutable blade of quicksilver that makes for a fitting reward for the dungeon. Mercurial comes with a beautiful full-color artwork. The pdf also provides the “Awaken the Dead I”-spell as well as the smoke-bomb propelling spell “Ball of Smoke” (though I don’t get why this cantrip is not available in some form to the alchemist).

The modules closes with lists of available experience and treasure by rooms, making navigation etc. easy for the DM.

Editing and formatting are very good. Layout adheres to PDG’s rather printer-friendly 2-column b/w/purple standard and the pdf comes with extensive bookmarks. The mostly b/w-artworks are not particularly beautiful and in fact not ones I’d show to my players, exceptions being the blade Mercurial and the holy symbol featured (though we know that from the stellar “Gods of Porphyra”). The map of the complex is nice b/w and made by the specialists of 0onegames. However, we get no player-friendly version of the map, which sucks: PDG’s DCC-modules all come with number-less player-friendly maps and I don’t understand the omission, especially when 0one is known for the layers with which one can customize their maps.

This module presents us with an old-school dungeon-crawl and it succeeds in its endeavour to create a module that feels like a dungeon of yore, including the sense of wonder and classic dangers one would expect. However, this dungeon has also inherited a couple of problems from this adherence to the formula: Essentially, apart from some nice ideas interspersed herein, I had a rather distinct been there, done that-feeling while reading this pdf. While thankfully alert/perceptions etc. are covered in the respective room descriptions, no organized defence of the complex is covered. Also, the pdf mentions a crude map of the final catacombs, but provides no such handout. That being said, the final, undead-infested part of the dungeon rocks and provides some cool and deadly tactics. The problem is simple, really – Run Amok Games’ modules for example, cost as much and provide better cartography and artworks and often provide more content. Frog God Games and TPK Games provide the universally superior modules for the same price-point.

That leaves me in a tight spot – I did like some ideas of the Crimson Caves, but the module can’t really stand up to its competitors, especially (and ironically) regarding e.g. cartography (c.f. Run Amok Games). A direct (albeit slightly more expensive, but also much longer) old-schoolish introductory module would be RSP’s “Shadowed Keep of the Borderlands”, which, again, unfortunately is better than this module. There’s nothing wrong here. But still, I can’t really find a valid reason why you absolutely have to own this. In fact, I’d rather recommend you invest your money in the two DCC-modules released by PDG so far – you get 2 modules for almost the same price and while you have to do conversions, they are the better modules. My final verdict will be 2.5 stars, rounded down to 2 for the purpose of this platform.

Crimson Caves is available from: