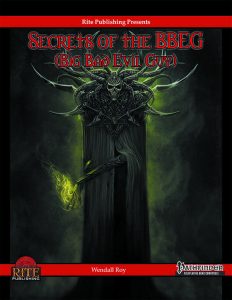 Oh boy. What was that?? Sounded like a bad crash. Sirens blaring. Focus, man.

*Door splinters in a loud explosion*

“Move aside, you reviewer-git, I need to talk to my amazing fans out there! DID YOU MISS ME?? Don’t answer. That was a rhetoric question! Of course you did, it’s me, your favorite metadventurer, helping to make this bland snore-fest of a review suck less!”

Wait a second, man…I wasn’t done! Isn’t it enough that your unqualified dithering suffuse this whole supplement, commenting on the crisp mechanics and delicious rules?

“Nope, because that’s BOOORING!! Buckle up, folks, as we all established in the review of my amazing book, I have won Pathfinder. Everything released since and before that was just rules-bloat and utterly irrelevant, regardless of system.”

Yeah, right. Sounds like a hardcore-grognard speaking about anything past 0ed…

“Shut it, endy, or I’ll move back in. Behind your couch. With my bags of chips. ALL of them.”

Okay, okay…may I cover the basics at least? Talk a bit about the rules and stuff?

“All right, all right! Man, do you have something in your fridge, or do you still subsist primarily on coffee for your reviewer-robot-shtick? Seriously, folks, the amount of coffee he drinks is insane. I still have this theory that he’s the first German, coffee-powered replicant…”

Okay, while the metadventurer’s pillaging my meager supplies, let’s talk. We have to be quick. He’s uncannily fast at gobbling down anything with a nutritional value…

Ähem. So, know how a well-optimized team can make BBEGs just suck? I’m sure that, if you’re a moderately experienced GM, you’ve encountered it at least once. That time when your players started curbstomping all bosses from published modules. Well, there is an issue here: After all, we all know plenty of media, wherein a team of heroes faces down a super-powerful villain. Here’s the problem: In the games we play, that does not translate too well, courtesy of the restrictions of action economy.

“Yeah, yeah, sure, whatever!” Anyways, in Pathfinder, my go-to-solution is to use Legendary Games’ mythic rules and Mythic Monsters/Path of Villains/Dragons to upgrade builds and make boss fights more interesting. But perhaps you don’t want to learn mythic rules. That’s pretty much where this becomes your one-stop-shop. Since the CR-system, wonky as it is, doesn’t properly measure up here, we work with threat levels, which range from 1 to 5; CR-adjustments of the template are based on threat level. The pdf urges caution here, with the metadventurer cheering for a TPK and the fact that the first three letters of “funeral” are F-U-N. You get the idea. 😉

Anyhow, the template nets +1 hp per HD, +1 deflection bonus to AC and +1 to SR per threat level, and +5 to existing DR and energy resistance per threat level. Also, +1 to initiative, damage per threat level, +1 to atk per two threat levels. +1 to all ability scores per threat level. That, however, is not the main meat of the massive templates: That would be the colossal amount of BBEG abilities that make up the majority of the pdf. Saves versus these are governed by Constitution, just fyi. (As an aside – it should probably specify that Charisma is substituted for undead.) One such potent ability is gained per threat level, and they are brutal: Aggro, for example, allows the BBEG to move up to their speed and execute a full attack as a swift action.

“Endy, I’ve called my relatives from China while you’re writing this! Oh, and you really shouldn’t let your credit cards lie around openly… Ni hao!”

Urgh. Anyways, there are adaptive resistances, devastating, potentially disintegrateing waves of energy governed by HD, summoned creatures that detonate, the option to generate hazardous terrain that detonates, siphoning off life of meat shields…have I mentioned super-strikes at +20 to atk, which ignore concealment and auto-threaten a crit, increasing crit multiplier by threat level?? Yeah, these guys will WRECK even veterans when build smartly! Doubled hit points, a ton of additional AoOs…the focus here is truly to make a single being capable of standing up to a well-oiled group of adventurers. Really nice would be btw….

“So, endy, I’ve just talked to this nice gentleman from Nigeria and gave him your social security number and banking IDs. Oh, and when I arrived…that crash? I kinda may have totaled your car. Which I’ve hijacked. Also: You’re now all out of food.”

Damn, I need to finish this review, stat! So yeah, the abilities of the BBEG are amazing and deadly, and we actually even get two cool puzzle-abilities that require that the players use their brain to defeat the BBEG. And fret not if you’re new to the concept, or the pdf provides an extensive section to guide you in how to use these without being unfair.

This is not all, though, the pdf also…

“Dude, this pretentious git is really slow for his supposed IQ. Man, I even have a Goatee, dammit! So yeah, you probably realized it by now, right? I’m frickin’ evil! I am the *drumroll* BBEM! The Big Bad Evil Metadventurer! *DUNH-DUNH-DUNH* Don’t believe what this dumb pdf says, though – I’m not an archetype of the Metadventurer. He’s a wimpy, half-baked archetype of ME! Got that? Great!

So, like all cool things, you can only play me if you’re a GM, because screw players, amirite? We all wanna bask in their despair, bathe in their tears, as pages upon pages of lame background-story are invalidated by me being too awesome. So, I can use the GM’s OOC knowledge on PCs. I get BBEG abilities. I can treat allies and enemies as abettors with betrayal feats at 7th level. At 14th level, I treat my threat level as +5 for BBEG abilities. At 15th level, I get +5 to AC and saves from 3pp-supplements, because I’m cool and amazing and know the authors. Oh, and at 20th level, when you save versus my abilities and roll a 1, you obviously don’t deserve to live. Rocks fall, you die. No save, because that’s how I roll. Also, obviously, when I crit. Because I’m too awesome. Suck it!!

Okay, I need to get rid of this bastard…before the *real* Metadventurer comes back to deal with his evil twin. I can’t deal with two of the sort.

So, in all brevity, my conclusion:

Editing and formatting re very good on formal and rules-language level. Layout adheres to Rite Publishing’s old, two-column full-color standard. Artworks are full-color and amazing and the pdf comes fully bookmarked, in spite of its brevity.

Wendall Roy’s template and associated archetype are super-deadly tools for the beleaguered GM. While the writing is hilarious in the details and commentary, it should be noted that this pdf is very much intended for table-use. This is not a useless file that just plays it for the laughs. The template provided can amp up even the most pitiful of final bosses, and while it requires a responsible GM, I love it for what it offers. Indeed, it is my contention that this concept could carry a book of thrice the size on its own. Considering the low asking price, I can wholeheartedly recommend this pdf, rating it 5 stars + seal of approval.

Damn. He’s twitching. Gotta run, see you on the flipside, folks…that is, if the BBEM doesn’t retaliate…

You can get this amazing little booklet here for just $1.50!

Missed the Metadventurer? You can find that fellow here on OBS!