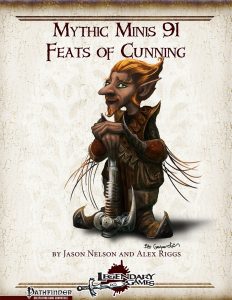 -Brilliant Planner: Your plan can fund up to 500 gp per character level and only takes a single full-round action to initiate. When you expend one use of mythic power and 10 gp from your fund, you may include up to 8 hours of unskilled, nondangerous labor in the plan. VERY cool!

-Insightful Advice: You can attempt a skill check to aid an ally with any skill, provided you have line of sight and the ally can hear you. This takes 1 minute and provides +2, +4 f the ally is nearby. Alternatively, you can use it to aid within 30 ft. as a standard action, provided you could help. The ally may benefit more than 1/day from the advice, but not more often than 1/round.

-Inspiring Mentor: Inspire competence in two skills at once or in one skill and inspire all allies within 60 ft. Mythic allies using this versus non-mythic creatures may reroll the check and take the better result as a free action, but are in for a 1 minute cooldown. You may also expend mythic power to increase the duration by + tier after stopping the performance.

-Omnipresent Mentor: Affect as many allies as you’d like, at the cost of 4 rounds of bardic performance per ally. You may choose the skill to enhance individually. Mythic allies using this versus non-mythic creatures may reroll the check and take the better result as a free action, but can’t benefit from a boost to that skill from your inspire competence until you regain bardic performance. Alternatively, by spending 8 rounds of bardic performance per ally, you may grant inspire courage. If the ally is mythic and the foe nonmythic, they may choose to reroll an attack or save versus a charm or fear effect, taking the better result. After resolving this, they can’t benefit from this use of the feat until you regain bardic performance. If you instead focus on one ally, you may inspire competence (erroneously called inspire courage here) to boost more than one skill; for each skill beyond the first, you pay +2 rounds of bardic performance. If the ally rerolls a check, only that skill’s boost ends. Finally, you may add in inspire courage as well, but that doubles the cost. I really like this mythic feat…but in its complexity, the glitch is pretty nasty, even if what it’s supposed to mean is pretty evident.

-Quick Study: It takes only 2 hours of training to learn a feat someone knows. You may also have up to two such feats at any given time. By expending a use of mythic power while fighting someone, you become aware of all the combat feats they have and may learn one of them. But as what action? Free? Immediate?

-Sense Relationship: Reduce penalties for not sharing creature type or language fro determining relationships between creatures. The bonuses granted are enhanced and when expending mythic power when making a Sense Motive check, you can automatically succeed in getting a hunch on the relationship.

Editing and formatting are very good, I noticed no significant hiccups that would wreck anything. Layout adheres to Legendary Games’ two column full-color standard and it features the artwork on the cover; that’s it – the one page content is solely devoted to crunch. The pdf has no bookmarks, but needs none at this length.

Alex Riggs and Jason Nelson’s feats of cunning are concept-wise and complexity-wise definitely winners for the most part; Sense Relationship is a bit lame compared to the others and the ability confusion in the otherwise glorious Omnipresent Mentor hurts the pdf a bit, though. Hence, my final verdict will clock in at 4 stars.