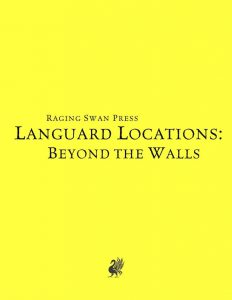 As before in the series, each location does come with notable folks presented in a fluff-only manner. Only race and an approximate level suggestion as well as gender and alignment are stated. In the system neutral version, proper old-school class names are noted. Beyond that, each of the locales does come with one or more specific adventuring hooks, designed to kick off a diverse array of possibilities.

Missed the city supplement? You can get it here!