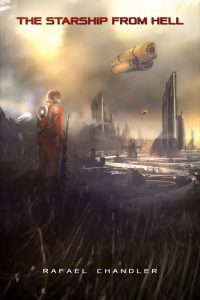 This pdf clocks in at 44 pages, 1 page editorial, 1 page ToC, 3 pages of advertisement, leaving us with 39 pages of content, though these are formatted for the A5 (” by 9”)-size, which means you can comfortable fit 4 of these pages on a given sheet of A4/US-letterpack paper, making printing this out pretty economical.

Okay, confession time. I am one of the weirdos that had more fun watching Primer than with all of the Star Wars franchise combined. I’m a fan of hard scifi, you know, the “boring, talky” movies sans kewl explosions and space battles. At the same time, I am a big fan of Dr. Who and can derive enjoyment from Star Trek. I also love Firefly. But know what? The type of scifi that first captured my imagination in my formative years was Alien. I managed to watch it at a family gathering while everyone was occupied. Ever since then, I was in love with dark scifi as well. Whether it’s the alien-franchise and Giger’s art in general, the Darkseed games or, well, event horizon. These movies may not have the intellectual stimulus I enjoy from a cerebral perspective, but something about the silent, dark spaces between the worlds grabs me. Dead Space I (let’s never talk about the sequels…) blew me away and in its aftermath, I was pretty much determined to make a module on a hellish starship where everything went horribly wrong.

Said endeavor was put on the back burner due to the trademarked complications and obligations that life tends to throw our way and so, that idea was put on the back burner, but certainly not forgotten. fast forward a couple of years and I happen to stumble over a small pdf – this one, to be more precise. It’s FREE. And it’s basically a system-neutral generator to make a starship from hell adventure set-up in about 10 minutes.

The process is ridiculously simple: You roll 1d10 for ship type – autonomous, biotic, etc. Then, you roll d10 for ship category – these basically modify abstract ship attributes that may be low or medium – shields, weapons, maneuverability. After that, the horror-aspect sinks in: You roll a d20 to determine ship class. If you roll an innocuous scow…it has been hauling the same cargo around for a dozen years, but sans making a single delivery….and there would be a ship that collects the bodies of unwanted fetuses and one battleship manned by corpses animated by cybernetic augmentations. Yeah, I totally can’t see those going wrong… ahem. Need a name? Roll twice on a 50-entry-strong d%-table.

That’s not where it ends – you roll 1d10 for a passenger class: Biosynthetic constructs, for example…that unfortunately have relapsed to their default mode of operations in view of a lack of communications…you guessed it: Find and eat other species. Suicidal members of a lunar cult may want to crash the ship into an inhabited moon to scour infidels or fanatical religious devotees – these groups certainly can make for deadly adversaries. Insane psychos on their own do not suffice, though: Hence, you may roll 1d12 and look up a phenomenon heading the way of the ship: Like a 200 Km/s Moreton wave from a solar flare, the destruction of a stellar dreadnought Plaguebearer, guided, seemingly intelligent clusters of dark matter – the respective angles are unique and interesting.

Why would the PCs be here? Well, there are 12 reasons provided for your convenience…which conveniently also double as potential goals or antagonists: Rogue A.I.s, hull breaches…or even simple radiation. Mix and match for more nastiness.

Oh, and at this point, we haven’t even reached the 20-entry strong threat table that range from the surreal to the nasty: There would e.g. be portals to worlds where sentient bacteria and viruses wage war, using all other species as vessels; there would be all life forms of a nearby planet going dark, dying at once; subjective perception between different PCs; cannibal killers, chrysalises waiting to hatch… And finally, there would be 20 secrets – like a virus that may kill everyone past puberty, sentient ships…or the weird fact that everyone is highly pregnant aboard, regardless of gender…

The second section handles the crew and NPCs: 10 crew ranks, 50 titles, 100 names as well as 20 personality traits and 20 areas of expertise allow you to quickly generate basics. 10 general factions to which the NPC may belong, 9 sample home planets – all handy to gain a basic grasp on the character in question. Two d20-tables, one to determine the location of a character on the upper and one for the lower decks. The pdf also features no less than 20 relevant NPC-possessions as well – and these include holographic recordings of a PC committing a brutal murder s/he can’t remember…

Don’t have the time for all of this dice-rolling? Two pregens complement the pdf, one with 2 and one with 3 NPCs. The pdf closes with an appendix of 12 bits and pieces.

Editing and formatting are very good, I noticed no grievous glitches. Layout adheres to a 1-column b/w-standard and the pdf comes with excessive bookmarks. The pdf has no artwork, apart from the cover, which is included in .png-version, with the back cover as a separate .jpg. Additionally, a .doc-version’s included. Oh, and the pdf is open content.

Rafael Chandler’s “Starship from Hell” is an awesome one-stop-shop adventure-set-up. This pdf literally delivers a great basic adventure-skeleton in just a couple of minutes. The entries are diverse, creepy and manage to invoke a sense of threat I thoroughly enjoyed – many hint, tantalizingly, at entities and conglomerates beyond the ken of the book and do their job: They inspire. While the crew-section is slightly less legendary than the ship-section, this still is a great pdf. And it’s FREE. It costs zilch. Nada. Nothing. Frankly, this is good enough to pay for – being FREE makes it one amazing file…and well worth 5 stars + seal of approval. Want to bring some dark scifi-goodness? You have no excuse not to pick this up right now.

You can get this amazing little pdf FOR FREE here on OBS!

Want it in print? You can get its at-cost (no profit!) print-version dirt cheap here on lulu!
Endzeitgeist out.