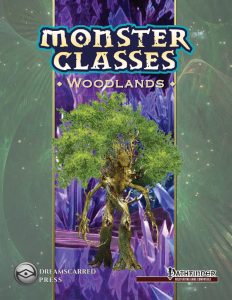 The first creature herein would be the pseudodragon, who gets -4 Str, +4 Dex (minmaxy…), is Tiny, immune to sleep and paralysis, has a base speed of 15 ft., darkvision and low-light vision, +2 natural AC. The monster class covers 2 levels and nets d12 HD, full BAB-progression, all good saves, 6 + Int skills per level and only proficiency with natural weapons. 1st level starts with a primary 1d2 bite attack as well as a primary 1d2 sting attack with 5 ft. reach, negating a key issue Tiny characters face. The race starts with SR 10 + HD and telepathy 60 ft. At 1st level, pseudodragons get 30 ft. fly speed with good maneuverability, increasing then by +30 ft. at 2nd level. 2nd level also nets a scaling blindsense of 5 ft. per HD, capping at 120 ft. and +4 to Stealth checks, which doubles in forests and woodland areas. 2nd level also unlocks an infinite daily use soporific poison to be delivered via the stinger. Attribute-bonus-wise, the class nets +2 Con and +2 Wis.

I…have no serious complaints here. While certainly not weak, the race is playable, if a bit lopsided. It should not result in any issues in games that contemplate using these guys. If I had one gripe here, it would be that either blindsense or the Stealth-bonus is slightly overkill in my book, but yeah. Nice job!

Next up would be the treant, who receives +2 Str and Int, is a Medium plant with low-light vision, +4 to Stealth in woodlands, +2 natural AC and vulnerability to fire. The monster class for these fellows covers 12 levels and gets 3/4 BAB-progression, good Fort-saves, proficiency with natural and simple weapons, d8 HD and 2 + Int-mod skills per level. The class begins with a 1d4 slam that increases to 1d6 at 4th, 1d8 at 8th and 2d6 at 12th level. 2nd level and every even level thereafter increases natural AC by +2. 3rd level unlocks tree speech, 2nd rock throwing with a 40-ft.-range increment that improves in steps to a whopping 180 ft. at 12th level. 5th level nets DR 5/slashing, which improves to DR 10/slashing at 10th level. 4th level provides a size increase to Large, with 12th level providing another to Huge size. 6th level provides trample, 7th double damage versus objects (which makes them excellent sunder-builds) and 7th and 10th level increase natural camouflage to +8 and +16 respectively. Animate trees is unlocked at 12th level. Attribute-gain-wise, we receives +16 Str, – 2 Dex (at 12th level), +12 Con, +6 Wis, +2 Cha for a total of 34 attribute points…and yep, we’re once again at that point. The entry also sports an animated tree statblock. I’d consider this worthwhile from an analysis perspective…if “In the Company of Treants” did not exist, which provides multiple treants-races that are suitable for diverse power-levels and work without being lopsided and this blown up with attribute gains. Get the ItC-book if you want to play treants. Next.

The third race/monster class-combo would be the winter wolf, who gets +2 Str and Con, – Int, are magical beasts with the cold subtype and thus gain cold immunity and vulnerability to fire. Winter wolves are fast (40 ft.) and get both low-light vision and darkvision, +6 to Stealth in snowy terrain, +2 Survival and +1 AC. As quadrupeds, they increase their CMD regarding trip by 4. The monster class comes with full BAB-progression, good Fort- and Ref-saves, d10 HD, 2+ Int skills per level and only proficiency with natural weapons. They begin play with a 1d6 primary bite that increases to 1d8 at 4th level. Said bite deals +1d6 cold damage. First level and every odd level thereafter increase the natural AC bonus by +2. Second level nets trip and a conical 15.-ft. cold breath weapon with a 1d4 cooldown. This contradicts the table, which states 2d6 damage and increases that by +1d6 at every level thereafter. Speaking of which: Scent is either gained at 2nd level or 3rd, depending on whether you believe text or table. 4th level nets +10 ft. movement as well as a size increase to Large. 5th level nets + 2 to Perception and Stealth. Attribute-bonus-wise, we’re looking at +8 Str, +2 Dex, +6 Con, +2 Wis, for a net-gain of 18, making the winter wolf pretty geared towards martial pursuits.

The infinite breath weapon, while true to the critter, will disqualify these guys for quite a few games and the pdf does not address the question of magic item slots for winter wolves; I assume the default of animal companions…but one could argue otherwise.

The pdf concludes with 11 feats, partially reprints of monster feats like Awesome Blow. The other feats are interesting, allowing winter wolves to change the shape of their breath weapon…or manipulate objects with their mouths or wield weapons…jep, if you wanted to make a Sif-build from Dark Souls…there you go. This feat is damn cool. At the same time, I am not quite sure how this feat would interact with a being with arms using it to wield a weapon in the mouth…and frankly, I think the feat should lock that possibility down. Mystic Mimicry for the pseudodragon is pretty powerful. When you succeed a saving throw versus SP, spell, psi power, etc., you may store part of it – this energy can be expelled as a 1d8 force damage breath weapon that depends in potency on either creature HD or spell/power-level. I’d increase that 2nd-level prerequisite here, since the damage type remains very potent. Nice one, to end this review on a high note: Humanoid-skinchanging winterwolves.

As always, the pdf comes with a glossary of monster abilities.

Jeffrey Swank’s Monster Classes depicting woodland beings…is actually one of the better ones in the series. I can see both pseudodragon and winter wolf work in most contexts, with the infinite breath weapon constituting issues for lower-powered games. I’d suggest tweaking them to have a hard cap in such games, but that is a pretty simple operation. The treant is, unfortunately, pretty much inferior in every way when compared to Rite’s massive take on the playable treant. As a whole, this is pretty much a mixed bag, slightly on the positive side, and thus receives a final verdict of 3.5 stars, rounded down to 3 for the purpose of this platform.

You can get the whole series here on OBS!