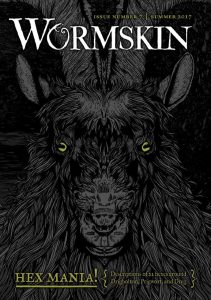 As always, the OSR-rules employed within this supplement are intended for use with B/X or Labyrinth Lord, but are easy enough to translate to other settings.

All righty, we begin this installment of Dolmenwood with a massive table-assortment penned by Gavin Norman, Brian Richmond and Greg Gorgonmilk, one that features a significant assortment of common names to be found in Dolmenwood: D30 human male and female names as well as surnames can be found; a similar array of elven names is provided for males and females, using colorful epithets akin to those employed by the fairy (like: “Betrothed to the Blood Sun”); beyond those,w e get 30 moss dwarf and woodgrue names, and then grimalkin names and surnames. The latter are ridiculously funny, using cutesy drivel either sincerely or ironically – no one can be sure. Beyond that, we get cleric names in Liturgic and honorifics, and similar titles/nick-names are presented for fighters, thieves and magic-users as well.

The second article, penned by Mr. Norman in conjunction with Brian Richmond, deals with henchmen in Dolmenwood. The methods are simple – go to a civilized location, roll 2d6 (akin to reaction) and add Charisma modifier; this’ll be compared to a brief table, and you’ll have applicants. Further modifiers may apply. After this, you roll 1d100, 1d6 and 1d4 to determine character class, age, and sex. Then you roll 1d30 to determine equipment and spells, if applicable. The d30 table differentiates between classes and non-combatants properly, and yep, the classed folks get tables. Add a few more d30s: Personality, motivation and ambition. There you go – instantly useful and cool – really like this generator.

The book does change the depiction of monsters in Wormskin a bit, and many of these changes make sense: Some monsters could e.g. have (S) as a shorthand descriptor next to their name; this would indicate that the creature is only harmed by silver or magic weapons. A few such annotations are provided, and they make sense; they make the game run smoother. The second choice made here is something that makes the critters more in line with standard presentation – the book gets rid of the lair and encounter-sections. While it thankfully retains the Traits-section to customize individuals of the respective critter, this still takes a bit of the drop and play adventure hook characteristics of the critters away; now, I don’t miss that stuff for e.g. the Audrune, Drunewife, moss dwarf, witch or woodgrue (this one crafted with Greg Gorgonmilk) stats, as these are basically NPCs; I also don’t need this stuff for the new goatman subtype, the crookhorn (think diseases Chaos beastmen – basically the savage and really nasty goatmen), but for e.g. the stranger and more far out creatures, the like always served to jumpstart my imagination. Beyond the NPC-stats I mentioned above, the book offers two variants of giant snails – rapacious and psionic ones, but my favorite is the stag-skulled antler wraith, which, while not mechanically that novel, just has a great concept…and no, they’re not undead. Still, I wasn’t as blown away by this monster section, probably due to the focus on NPC stats.

It should be noted that I will comment on a couple of the hexes below; I will not go through all of them, endeavoring to provide an overview. That notwithstanding, the following will contain SPOILERS; if you want the best experience playing Dolmenwood, please jump ahead to the conclusion.

All right, only referees around? Great! So, the first section covers the area surrounding Drigbolton (which is further detailed in the “The Weird that Befell Drigbolton” module), and features the hall of the Fomorian (one of two entries in that section that has been penned by Greg Gorgonmilk) – a blue-skinned, immortal 18 ft. giant, with a grim hell of black iron, an odd smudge-like thing as a cyclopean eye, a beard of wriggling, earthworm-like things hanging from his face; this titan is awaiting a man named Jack, who will be entrusted stewardship of the emerald tablets…for good or ill…There is a cottage, where ghosts meet nightly to share secrets…and there would be the mysterious and rather strange ruins of Midgewarrow, where an immaculately clean and obviously magical tower contains a sleeping beauty…alas, placed in stasis because she still carries the plague that wiped out the town, awaiting the return of someone to cure her. Love how this twists the classic concept. A lady can also be found here, and from the avernal lake to the toll bridge held by crookhorn goatmen (and their nasty local leader), the material is pretty cool.

The second array of hexes would be the area east of Prigwort, where barrow bogs haunted by bog zombies; A lonely stretch of the wild also contains the home of the mighty Stag Lord. Granted. He’s been decapitated and stumbles around, looking for his skull…but nobody’s perfect, right? And hey, that may well eb a nice angle. The refuge of St. Keye represents the final remnant of the once mighty abbey of St. Clewd’s influence – now, it is basically a pilgrimage site/waystation inn. Inspired and weird: The hexes include the moss dwarf village of Orbswallow, where strange trees grow breast-like fruits, while other trees deliver fruit depending on the phase of the moon. This also contains a rumor section – and the material is pretty awesome. Portals to the domain of the Earl in Yellow may be found in the fairy-favored Golden Wood. A gate formed of living trunks and branches forming a tunnel, decorated with thousands of carvings and love notes, may be passed, and strange, face-like components in the trees address those passing – a great introduction to the strangeness of Dolmenwood. Of course, there are mysterious monuments and stone with properties most magical to be found as well.

The final hex-array covers the area stretching from Lankshorn to Dreg – here, we can also find ancient stones guarded by an Audrune, and the gloriously illustrated hut of Shub’s Nanna, waited on by silver-skinned goblins, oozes wonder in a cool twist of the witch/hag-angle. A buried titan’s skull may be found – and the hexes include a great inn that turns out to be safe, but haunted, making for a potentially creepy, if intriguing night. The sacrifice site of Antler Wraiths is creepy indeed, and we get first glimpses at Dreg and Shantywood Isle. Another favorite of mine: There is a nice tent, where PCs can get healing and a pleasant tea – but the tent isn’t actually real, being just an illusion wrought by  a dreaming psionic snail.

Editing and formatting are very good on a formal and rules-language level. Layout adheres to a 1-column b/w-standard with colored highlights, and the b/w-artworks included are really neat. The pdf version comes fully bookmarked for your convenience. The PoD-softcover that I own features the name on the spine and is something I can recommend.

Gavin Norman, with additional material by Greg Gorgonmilk and Brian Richmond, provides ample bang for your buck. The hexes are imaginative and intriguing, and the henchman generator is super useful. The name generator is also rather intriguing, making this, as a whole, a great installment. The monster section, while very good, is the only aspect of this installments that didn’t utterly blow me away, courtesy of the NPC-focus. Still, a highly recommended supplement, well worth a final verdict of 5 stars.

If you’re enjoying my reviews, please consider leaving a direct donation or supporting my patreon here – every little bit helps!