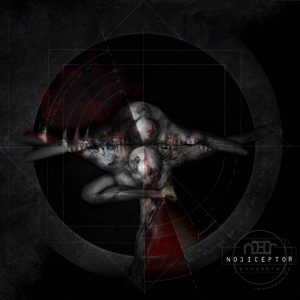 And now for something completely different! I was actually sent a Cd and asked to review it as a prioritized review, so there you go!

First of all, I feel I have to explain where I’m coming from. As quite a few of you know, I am a huge music-guy; I admit to being utterly bereft of any musical talent myself, but music is still a crucial part of my life. I own more Cds than I care to count and, as most of you know, the majority of them are from the metal and goth subcultures. However, I do not restrict myself in any way there: I grew up with classic rock and metal; I enjoy certain types of folk and even country music. I like a variety of hiphop artists and enjoy good jazz and swing. I adore neoclassic compositions for the calmer moments in life…but my love, what I’d answer if someone asked me, would be that I very much enjoy darker types of music the most: From industrial (including Throbbing gristle and Psychic TV) to heavy/power metal (can’t beat that cheese when trying to get the creative juices flowing or trying to get pumped up for a game) to thrash metal, death metal and the darkest pits of black and doom metal, I have seen a gazillion of bands live and adore a plethora of styles.

I am one of the guys who still has a dedicated MP3player because I get jumpy when I’m not carrying around at least 20 Gigs of my favorite music. When I utter phrases in foreign languages, when I get up, when I go to bed…I can almost perceptibly hear the respective tunes I associate with the subject matter. Music is not just a soundtrack for my life, it is also a structuring mnemonic, a source of strength…and yep, I always write my texts while listening to music. It increases my productivity significantly and also doubles as one of the few forms of media that I end up consuming more than once.

In short: I’m very passionate about music and I’m pretty educated regarding what’s out there. It should come as no surprise to you that my tastes encompass a wide variety of utterly weird avant-garde bands. If you need a recommendation, chances are I know at least this one utterly obscure band you have never heard of.

So yeah, I have heard a lot within these genres.

The band I’m covering today would be Nociceptor (which is btw. the name of a type of sensory receptors that responds to damaging or potentially damaging stimuli by emiting signals of pain to the central nervous system), to be more precise, their latest full-length album “Penumbra.” Now the first thing you’ll notice upon starting the first of the 6 tracks, the 07:29 “The Old Ones” on the disc would be an atmospheric arrangement, where strings and guitars slowly lead towards a brutal assault of drums, soon to be supplemented by the characteristic shouts one associates with the better of thrash metal bands.

Characteristic here would be that one can actually discern the lyrics, which is a rather big plus…and suddenly, clean vocals start entering the fray as well, as what looked like a full-frontal assault takes on a melodic edge, with the guitar-work taking actually playful and groovy elements on board to create a significantly more distinguished soundscape than I imagined. I was reminded of Borknagar, somewhere between “Ruins of Future” and later Empiricism-style creations; Riffs and structures one would usually expect in progressive contexts are inserted into an overall structure that nevertheless does not lose the steam built up in the beginning.

At 4:43, the second track, Conduit is more straightforward and in your face – it smashes forward, hard, with quick melodies of guitars supporting a full-blown in-your-face blast of shouts. Perfect for getting out of bed, driving or the shower after a long night. More surprisingly, the track actually has managed to worm its way into my subconscious – I have found myself return to it quite a number of times and while it is not as playful as the opening track, it still sports grooving elements that invite headbanging. It is also the track where you realize that, while yes, this sports the trademark aggression you’d expect from bands like Children of Bodom etc., the music presented here is significantly smarter, more nuanced if you will – at first, I considered the listing as progressive metal a tad bit weird, but with some hindsight, I do understand it. And no, this album thankfully does not suffer from the self-indulgence and ego-stroking endless, boring solos that haunt so many bands associated with this category.

Track number 3, Champion’s Perogative has perhaps the catchiest opening riffs of any track on the Cd, though the epic length of 08:29 should make clear that this is not a simple track; and indeed, one can easily interpret this as the massive center-piece of the album, with a catchy clean refrain: “The martyr we create is part of what we fear” – indeed. Have I mentioned that the lyrics, thankfully and probably due to the band being from the US, actually does not have horribly stupid texts? There are some gems herein one could even interpret as wisdom. On the downside, halfway through this track, the clean vocals try to get to heights they…don’t quite successfully reach. This is only a very brief instance, though one that did rip me out of the otherwise expertly woven soundscape – thankfully, though, the track manages to include a hard break and slowly build up atmosphere again, with guitars mirroring steps and a calmer section before leaving us with a brutal assault of heretofore on the album unprecedented in your face screams.

Track #4, Fluke, covers 05:53 and is imho a perfect example of the strengths of the band: We get an unrelenting aggression with grooving influences and an evolving structure that manages to incorporate the more playful elements in a very concise and compelling way. The track never falls into the trap of just smashing forward, with carefully chosen breaks providing accentuation. Nice, btw. – one of these breaks sports a droning soundscape of silence, supplemented by the haunting vocals of a subdued, female voice. (Before you turn away – nope, the female vocals do not belong to one of these thankfully slowly going extinct bad Nightwish clones…)

With a name like “Shattered Dream”, we expect some serious gravitas from the next 07:35 beast of a track, and indeed – the brutal shouts reach a staccato rhythm and speed here that manages to smash, alongside the oscillating riff-structures, to evoke a sense of full-blown assault before, once again, retreating to a more calm sequence, where ethereal string-work generates an almost astral, dream-like state…and while a threatening tone remains as the section slowly builds, it is here that the track highlights several of the more progressive elements. It is also the clean vocal section that is my favorite in the whole album…and the track ends with a gorgeous guitar solo on a definite high note.

Track number 6, the final piece herein, would be “HaF” – you probably know what this means, right? Well, we begin with pretty playful keyboards supplementing the neat drum, once again setting a grooving, intriguing stage before the excellent and nuanced shouts net you just the right kick in the butt to make this not become boring. Once again, the alternating clean vocal and shouting parts manage to strike an interesting balance, though here, it is interesting to observe that the clean sections don’t slow down, maintaining the pace…only to have the shouts thereafter double down for a kick…and yes, a slow-down is following before the most crowd-chanting inducing moment of the cd arrives, ending the album on a tragic, yet somewhat hopeful note.

So, what did I think of “Penumbra”? I like it. I really like it. Contrary to what you’d usually associate with progressive metal, we are not bogged down in self-indulgence; and neither are we buried in an avalanche of aggression that turns old after track #3, an issue I have with many of the bands that employ shouts. Instead, we receive a nuanced, mature and balanced album that oscillates well between its calmer, playful passages and the in-your-face headbang-inducing sections that scream moshpit. The two components never seem to achieve dominance over one another, creating an overall listening experience that is diverse, well-crafted and even, in some instances, innovative – there are quite a few riffs here you usually do not get to hear in metal, lending a sense of a unique identity to the Cd.

Now I can’t yet determine whether the album’ll get old or not, but for now, I enjoy listening to it and discovering some of the grooving intricacies contained in these tracks – this has actually found its way on my MP3 player and that is a significant feat. In short: This band is most certainly worth supporting, the album worth listening to. If you like aggressive metal, but find yourself bored by relentless in-your-face types of music or slower passages, then this may actually be exactly what you’ve been waiting for. I can definitely see a ton of ways in which you can develop this intriguing sound.

My final verdict will clock in at 4.5 stars, rounded up for the purpose of this platform.

You can purchase this cd here on bandcamp!

You can also support the band here on patreon!