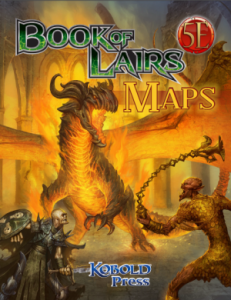 This massive pdf contains 54 pages, 1 page front cover, 1 page editorial, leaving us with 52 pages, so what do we get?

In short, we get cartography from the Robert Brookes, Liz Courts, Jason Engle, Alyssa Faden, Todd Gamble, Sean Macdonald, Alex Moore, Jon Pintar, Tommi Salama – intended originally for the Book of Lairs (review forthcoming!), the maps within this tome can be used for just about any fantastic environment and the maps differ in two crucial ways:

Number one: If you’re familiar with the names listed, you’ll note that they are pretty much synonymous with great cartography. I am not engaging in hyperbole when I’m saying that they have crafted some of my absolute favorite maps.

Number two: These are not your usual maps. The problem with commercial cartography a GM can purchase to supplement her modules usually lies in a system-immanent issue: To appeal to a broad as possible audience, the maps generally need to be applied to as broad a theme as possible – you know, cabin in the woods, villages, caverns. There may be embellishments, but in the end, most maps need to be flexible unless they are used within the context of an adventure.

The downside of this necessity, ultimately, is that there simply isn’t much evocative cartography for “boss-encounter” – and the area is extremely important; whether it’s the shadow clock, a float within a stream of magma, the top of a seemingly endless staircase – we know we want such areas for our bosses, right? Well, this is where this book comes in.

While this does feature more conservative (but absolutely gorgeous) maps of e.g. a house at the sea, it is the absolutely uncommon maps for, well lairs of BBEGs, that make this special: You can find a house, yes, but it has an uncanny eye-motif. More importantly, you can find evocative, desert-themed forts, houses with tell-tale trails of blood, clockwork-studded clocktower, organic-looking fortresses of strange entities, hives, strange temples of deep ones…the maps are glorious, beautiful and range in beauty from extraordinary to nice, with the Castle of Sand and Warlock’s Crypt my least favorite and pretty much all of the other maps being simply stunning.

A total of 26 such maps are provided, though some have small sub-sections included on their page – each of the maps comes in two iterations, one with a grid and one without the grid. Secret doors and similar material has been omitted and the maps are high-res enough to serve as potential mats to hand out and use.

Sooo…is this worth it? The question must, frankly, be answered with a resounding “YES!” -the maps are high-quality, provided by industry legends. The themes range from “easily used” to “adventure-inspiring” and the diversity of topics covered ultimately means that this book will have at least one map that will make a GM run a module that features it to the extent that writing one very much is a smart choice.

Beyond that, I think getting this sends a good sign – namely that uncommon maps, that maps that inspire by virtue of their existence, that maps that go beyond the standard, make sense to produce. I know I’d love a second book of lairs! My final verdict will clock in at 5 stars + seal of approval.

You can get these amazing maps here on the kobold press store!
Endzeitgeist out.