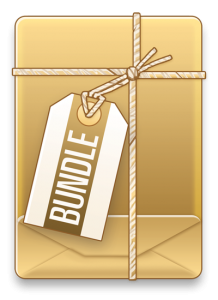 I need to change my usual reviewing style for this bundle, due to its sheer vast and staggering scope. I began with breakdowns of page counts etc. at one point, and realized that this would only render the review a) bland and b) less informative than it should be. Since I have already covered the barbarian, cleric, sorcerer and wizard installments contained within this bundle, I’d like to point you towards these for a detailed breakdown of how a specific installment in the series works.

What kind of scope are we talking about? Well, how do more than 3000 pages of content sound to you? No, this is not hyperbole. Yes, I am talking about actual content.

Now, I am assuming that you’re new to the series here: The Echelon Reference guides are basically just what the name implies – a curated, streamlined presentation of class options for a specific class. Each installment comes with two versions: The first of these only makes use of PRD-based content, while the second version also offers a massive selection of 3pp-materials. It should be noted that these 3pp-options note their sources and have been chosen with an eye towards balance and coolness: We can, for example, find materials from rite Publishing, Rogue Genius Games, etc. here. Since this variety of sources can lead to overlap in nomenclature regarding feats etc., such doubled instances are noted in a concise and sensible matter, allowing for differentiation between them, should the need arise.

“Should the need arise” is probably one of the key features of these books – in a way, they represent an upgrade in convenience over pretty much any alternative. The SRDs, powerful though they may be, require that you pretty much already know what you’re looking for. Unless you’re like me and have a ridiculous, somewhat ludicrous amount of class abilities, archetypes etc. memorized, they won’t really be helpful. But what happens when you need to make a new character in an amount of time that will not eat up the whole gaming session? What if you need to choose level-up options without hours upon hours of research? This is, among other instances, where these files come in.

Now, the Echelon Reference guides come in a couple of designated stages: RAF (Rough and Fast), WIP (work in progress) and Final – as per the writing of this review, the bard, druid, paladin, wizard and ranger are in the RAF-stage; monk is in the WIP-stage, and barbarian, cleric, fighter and rogue are in the final stage. Now, it should be noted that the RAF-stage is, at least in my opinion, anything but “rough.” Let me elaborate: You see, the final version includes something I adore: hyperlinked flow-charts of feat/ability trees. These provide a one-glimpse-done visual cue for building on a ability, and make building characters so much smoother. The final version also involves so-called “added redundancy” – this includes streamlining and additional content. The WIP-version has some of that and some diagrams, while the RAF-version lacks them. This means that even the RAF version is basically a functional compilation on its own – it just does not yet have all the unique tidbits that make the final versions stand out. Still, most folks would call it quits at the RAF-stage, so yeah – even that stage is already handy. It should also be noted that variant classes like antipaladin, divine channeler, etc. are included in the reference files.

Okay, that out of the way, these books also feature a one-bubble breakdown that explains the basics of a class in one concise bubble. This presentation is extremely helpful as far as I’m concerned, and it brings me to the layout of these books. It is not necessarily beautiful to look at, but its emphasis on functionality really endeared the series to me. An ability’s name is printed in a brown, bubble that acts as a header. This header usually has two small bubbles on top: One denotes the ability type (Ex, Su, Sp, if applicable), while the other notes the level the ability is gained. The latter is so simple, but it’s SUPER-handy. You don’t have to skim through the text – one glance, and you know when the ability is gained.

Where applicable, class features also are clear regarding changes made, if any, and e.g. all the information for animal companions can be found in one handy section. The sheer functionality of the layout extends to hyperlinks and sequence of presentation, which adds further value, and yes, comfort, to the series. Similarly, collated spell-lists can take a big burden off the player, and while the spells themselves have their own Reference-files (which often exceed 500 pages on their own!), the emphasis on functionality once more should be commended.

Now, I do not wish to imply that this series is only helpful for players – quite the contrary! As primarily a GM, this collection of files is handy for quicker NPC creation – and it is cognizant of that fact, as the books do contain a variety of NPC stats collected for your enjoyment as well. The attention to detail and to delivering a complete and functional experience btw. extend to e.g. archetype-based abilities. Ranger with rage power’d archetype? No problem, even the RAF-version does sport a selection! See, that’s what I meant by even that version being really handy!

This btw. also extends to e.g. the unchained monk, which is included in the monk file – and yes, everything that entails – you know, ki powers etc. So yeah, this is a reference compilation series – but it is one that has been created with the utmost care.

Editing and formatting are top-notch and show a keen understanding of rules-verbiage, presentation, etc. Layout adheres to a not exactly beautiful, but mega-functional 2-column standard. The efficiency of the layout really shows that aesthetics aren’t everything – the sheer functionality and utility of the choices is great. The pdfs sport no interior artworks, and the only color used is the brown of the ability headers. This makes printing out the files (or, more likely, parts) comfortable. Speaking of comfort: The pdfs come with EXTENSIVE, nested bookmarks that render navigation simple, quick and painless. The files also feature hyperlinks, and where present, the handy flowcharts are a huge time-saver and plus.

Keith Davies’ Echelon Reference Series was one I did not expect to like when I got into it, but oh boy, has it won me over. Convenient, crisp in its presentations and well-structured, this makes for a great introduction to the cool stuff that the classes offer. It also highlights some gems from the 3pp-circuit and can provide a handy starting point for further research.

This massive bundle, then, provides basically the massive CORE-rule class array and provides a colossal array of well-presented material that is, as a whole, a joy to navigate and use. And that’s the goal of this series. Not necessarily the content, but the emphasis on functionality. A metric ton of work has obviously gone into this – what we have here is worth supporting. Particularly the flow-charts in the finalized files are a godsend and super helpful. While these aren’t yet in all pdfs, the collection does retain its usefulness, and as such, is worth a final verdict of 4.5 stars, rounded up due to in dubio pro reo.

You can get this ginormous bundle here on OBS!